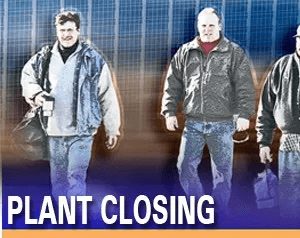 Donald Trump made the offshoring of American jobs to foreign countries by major corporations one of the signature issues of his campaign, promising to stop offshoring  on “day one” of his presidency. As a service to investors concerned that Trump may have actually followed through on this pledge, Good Jobs Nation has compiled a list of the Top 10 offshorers among major federal contractors, including the amount of U.S. taxpayer money they’ve received since Trump became President.  In reverse order…

British-based oil giant BP has been a major player in the American energy market since it merged with Amoco in 1998. In fact BP is the largest supplier of aviation fuel to the U.S. government, pulling in $1.8 billion contracts since Trump took office.  BP may be best known for its role in the Deep Water Horizon disaster of 2010, but we can now reveal that it is also the only energy company to make it into the Top 10 list of contractor corporate offshorers, sending 60 admin jobs in 2017 from its Naperville, Illinois campus to Poland.

European pharmaceutical manufacturer Sanofi is the other foreign-based corporation in our Offshoring Top 10. Under President Trump, Sanofi has been certified as relocating the jobs of 135 American workers in St. Louis and New Jersey to France and Germany — conveniently located much closer to the corporation’s Paris HQ. The $1.2 billion in contracts Trump’s administration has awarded to Sanofi despite  its elimination of American jobs, should allay fears that Trump’ is undermining America’s alliance with Europe.

It may be decades since IBM ruled the tech world but “Big Blue” still comes in a respectable second place in the number of jobs offshored by major tech contractors under Trump. Since the 2016 election, IBM has notched up an impressive 18 offshoring certifications, eliminating 213 American jobs. IBM stands out in particular for the shear range of countries to which it has sent U.S jobs — at least ten, according to Department of Labor  And, with $1.6 billion in contract receipts from the Trump administration, IBM is showing that you can offshore and still play big in the world of federal tech contracting.

Although the recent history of the DXC’s corporate “family” is only slightly less convoluted than that of Borgias, this giant offspring of Hewlett Packard and the Computer Sciences Corporation squeaks past IBM as top offshorer of U.S. jobs among major federal tech contractors. With 286 jobs certified as offshored and 3 billion dollars in contract awards since Trump’s inauguration, DXC is a worthy successor to its corporate forebears.

With $1.2 billion in contract awards dollars under Trump,  the world’s largest telecom company has been edged out by its top competitor Verizon in the race for U.S. taxpayer dollars.  But AT&T leaves its rival in the dust on the offshoring front, sending 406 jobs sent overseas including 266 call center job from El Paso since 2016.  Even though, thanks to Trump’s tax “Cut Cut Cut,” the biggest of the Baby Bells is looking at a $20 billion windfall, AT&T it is still cutting labor costs wherever it can.

Best known to consumers for its little round thermostats, Honeywell is also a major player in the world of federal contracting. In fact Honeywell more than doubled its take from Uncle Sam — to over $6 billion a year — when it began a lucrative 10-year contract to manage the National Nuclear Security Labs for the Department of Energy in 2017.  Meanwhile the Department of Labor has found that the company has shipped 417 jobs to India, Romania, and Mexico since Trump’s election. It must be this kind of strategic vision that explains why Honeywell CEO Darius Adamczyk is paid a cool 333 times more than his median employee.

UTC may not be a household name, but this sprawling industrial conglomerate and major federal defense contractor hit the headlines in 2016 when Trump attacked its  decision to relocate its Carrier Indianapolis plant to Mexico, axing 1200 jobs. Right after Trump’s election UTC CEO Greg Hayes agreed with the incoming president to trim the job losses at Carrier in return for a few tax breaks.  But away from the media spotlight UTC has gone ahead with five other offshoring layoffs since 2016 — including one which slashed almost 600 jobs in Huntington, Indiana — adding another thousand to the five thousand jobs UTC has offshored since NAFTA.  But this hasn’t stopped the Trump administration awarding UTC another $7 billion dollars in contracts.

By now the recent decline in GE’s position against other American corporations is old news. But did you know GE is also slipping in the offshoring stakes? As recently as 2016 GE led the offshoring pack, with over 8,000 jobs sent abroad by the end of that year. But the 1,872 jobs GE has offshored since Trump’s election from nine different states plus Puerto Rico only earn it third place in our Top 10. Still, GE investors can take comfort from the company’s success in pulling in over four billion dollars in federal contracts over the same period.

Compared to the other major offshoring contractors, at $900 million in contracts since Trump’s election, taxpayer-funded sales are less important to GM than to most of the other corporations on our Top 10.  But, given that American taxpayers ponied up almost $50 billion to save the company from bankruptcy during the Great Recession, GM has shown impressive chutzpah in continuing to shift production abroad even after it returned to profitability. It sent almost 3,000 jobs to Mexico, Canada, and China since 2016.  Don’t worry, What’s good for General Motors is surely good for American shareholders!

And top of our list comes America’s flagship aerospace manufacturer.  Lockheed may make more in federal contracts, other American corporations may send more jobs abroad, but only Boeing has succeeded in raking in over $40 billion in contracts from the Trump administration while simultaneously sending almost 6,000 American jobs to China and India.

We downloaded most recent TAA data file from https://www.doleta.gov/TradeAct/taa-data/petitions-determinations-data/docs/PetitionData.xlsx. on 9/26/18. At time of download TAA stated that “This data is accurate as of 7/31/18.”

Filtered for certifications that indicated an affirmative decision by the employer to outsource. (i.e. excluding layoffs caused by general import competition).

Filtered for likely duplicate entries by eliminating entries with same number of affected workers above (if above one) and the same determination date.

Dollar totals for contract value under Trump based on usaspending.gov, consulted on 9/27/18.