How Many People Can the President Put into the Middle Class with the Stroke of a Pen?

When the President announced the $10.10 Executive Order at the State of the Union, he said “Profitable corporations like Costco see higher wages as the smart way to boost productivity and reduce turnover. We should too…”

$10.10 is a good start, but our taxpayer dollars need to incentivize more companies to follow the Costco business model. A Good Jobs Executive Order would give federal contracts to companies that do just that. 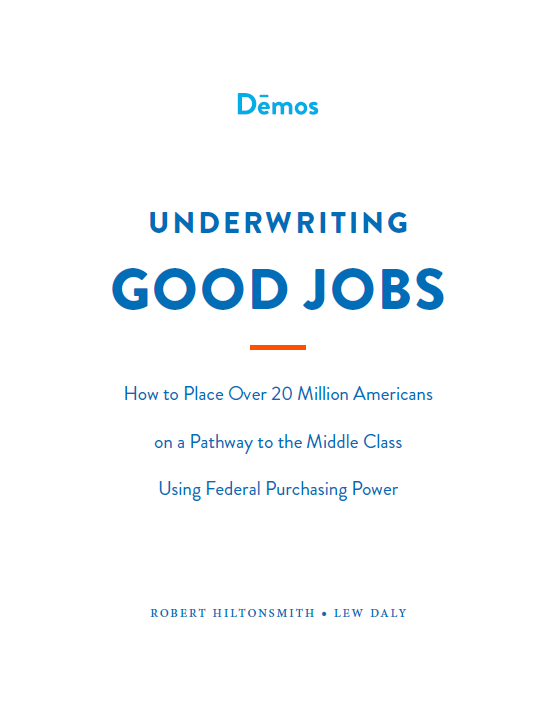 Underwriting Good Jobs: How to Place Over 20 Million Americans on a Pathway to the Middle Class Using Federal Purchasing Power

This is the third in a series of reports presenting new research on the scope of federally-dependent employment in the private economy and shows how, using our nearly 1.5 trillion dollars in federal purchasing, the President of the United States can place over twenty million Americans on a pathway to the middle class. For the full report, click here.