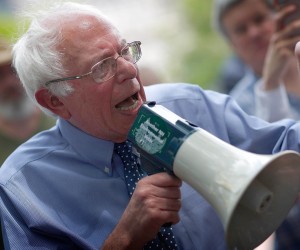 When the Labor Department ruled last week that 674 workers in the cafeteria of the United States Senate had been denied their full pay in recent years, the contractor that runs the cafeteria said it was an accident. The workers said it was deliberate.

The Labor Department, which didn’t rule on motive, has ordered the contractor, Restaurant Associates, and a subcontractor, Personnel Plus, to pay the workers over $1 million, about $1,500 per worker on average. But the story should not end there.

The Senate cafeteria workers won attention and redress in large part because they alerted senators, whom they see daily, to their plight. Meanwhile, other food servers, maintenance workers and salespeople who work for contractors at Union Station, the Smithsonian and other federal sites in Washington continue to protest regularly over poverty-level pay and subpar conditions.

The problems are not confined to the capital. Studies show that across the nation, hundreds of billions of dollars in federal money flow to federal contractors that pay poorly, leaving workers dependent on public aid. Meanwhile, executive pay at federal contractors has risen.

Presidents have executive authority to set standards for federal contractors. Past presidents have used that authority to bar discrimination in the hiring of federal contract employees and to promote affirmative action. President Obama has gone partway toward solving the problem of low pay and poor conditions by requiring most contractors to pay their workers at least $10.10 an hour and by requiring federal departments to assess potential contractors’ records of labor-law compliance when awarding contracts. Such actions do more than improve the work lives of employees. They set an example for all employers.

And yet, Mr. Obama has stopped short of ordering federal contractors to adhere to what labor advocates call “model employer” standards, which include paying a living wage, providing benefits and letting workers form unions without reprisal. He could still issue such an order, but time is growing short. That is why it is significant that the new Democratic Party platform, for the first time, calls for a model-employer executive order and that Hillary Clinton has endorsed the platform’s progressive goals. The Republican platform, in contrast, is silent on the issue of federal contract employees.

Cafeteria workers in the Senate will get their money out of Restaurant Associates, which also provides food services for The New York Times Company, and Personnel Plus. But labor-related problems among federal contractors are obviously widespread. And only the Democrats have a plan to address them.