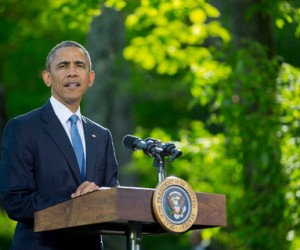 President Obama has made good use of executive orders to improve the pay and working conditions of people who work for private-sector federal contractors.

He has lifted pay for an estimated half a million people by requiring companies with new and renewed federal service contracts to pay their workers at least $10.10 an hour. He also has helped to weed out ruthless contractors by requiring that bidders for most new federal contracts be judged on their record of compliance (or noncompliance) with laws on wages and hours, health and safety, family and medical leave and other rights and regulations.

But those efforts, laudable as they are, go only part way to the goal of fair pay and fair workplaces. Fair pay implies more than a subsistence wage and fair workplaces require ways for employees to bargain with bosses and voice grievances without retaliation. At many federal sites around the nation, employees of federal contractors — including food servers, maintenance workers and salespeople — remain underpaid and under protected.

In a letter sent to Mr. Obama on Friday, 18 Democratic senators pointed out that by contracting with companies that exploit their workers “the federal government continues to be America’s largest low-wage job creator, subsidizing poverty level wages through taxpayer financed contracts, loans and grants with private companies.”

The letter urges Mr. Obama to issue another executive order that would give preference in federal contracting to “model employers” — those who pay a living wage (generally, $15 an hour), offer benefits, provide full time hours and stable schedules and support collective bargaining.

He should do so without delay. At stake is not only the living standard of a large workforce. At stake is also Mr. Obama’s ability to lead by example.

As the letter points out, Mr. Obama has praised profitable companies like Costco as model employers to be emulated by others because they pay well and respect the right of workers to form unions. He would drive his point home by issuing an executive order that commits the government to contract only with such model employers.

Members of the Obama administration have also spoken out in the past on ensuring that the federal government is a model employer, leading and not lagging on issues of fairness, equality and opportunity. Mr. Obama would make good on the spirit of that pledge by issuing an executive order that holds private-sector federal contractors to the same standards as the federal government itself in matters of fair pay, good benefits and union representation.